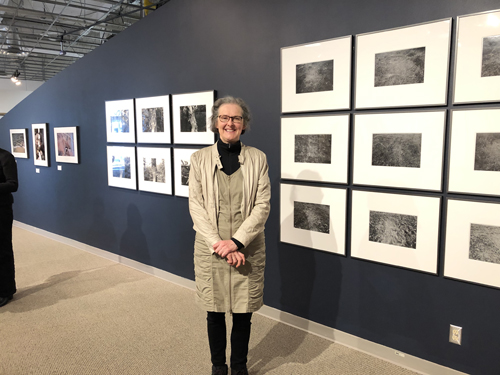 Marlene Creates is an environmental artist whose forty-year conceptual practice has examined the symbiotic relationship between human experience and the land. In her photography, video and poetry-based performance work, Creates engages viewers at the intersection of culture and nature. Since 2002, Creates has used her six-acre boreal forest property in Portugal Cove, Newfoundland, as a site-specific location for her art.

Creates began her land-based practice in the late 1970s as a reaction to Earthworks. Whereas artists such as Robert Smithson and Michael Heizer created and documented interventions in landscapes, often making significant environmental alterations using mechanical clearing machines, Creates’s interventions in the landscape are deliberately temporary and ephemeral. 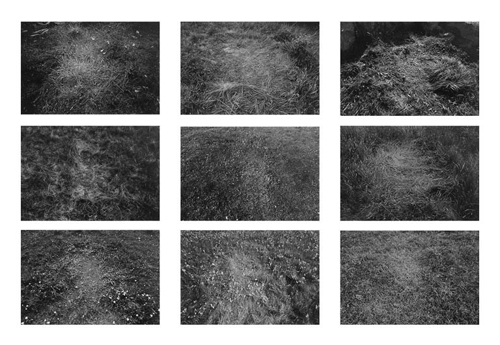 At a recent luncheon honouring this year’s Governor General’s Awards in Visual and Media Arts winners, the artist explained the genesis of her series Sleeping Places on Nine Islands, Scotland 1983 in the Art Bank collection.  Creates explored nine of the islands in Scotland’s Outer Hebrides during a solo trip on a Vespa motor scooter, photographing the impression her body left on the landscape from one of several nights she slept on each island. Similarly, in her series, Paper, Stones and Water (1979-1985), she configured lengths of white paper on the landscape, allowing the natural elements of wind or waves or precipitation to have an effect on it, and then she photographed the results. “Afterwards, I took the paper away,” said Creates, “because I didn't want to make any permanent change to the landscape.”

A retrospective exhibition of her work, Marlene Creates: Places, Paths, and Pauses, is currently touring Canada and can be seen at the Carleton University Art Gallery from May 21 to August 25, 2019.

The Art Bank is pleased to have two artworks from the collection included in this exhibition, which continues at The Rooms Provincial Art Gallery, St. John's, Newfoundland, from October 12, 2019, to January 19, 2020.

About the Author: Anita Barak

Anita Barak is an Ottawa-based writer and art history and curatorial studies student at Carleton University. She once wrote that “Art can save your life” and believes it to be even more relevant today.