Expressing pluralism through art: a conversation with Meredith Preston McGhie

The Ottawa headquarters of the Global Centre for Pluralism (GCP) is a national landmark that once housed the Public Archives of Canada and the Canadian War Museum. Today, following extensive renovation, its light-flooded rooms and high ceilings provide a stunning backdrop for dozens of artistic works selected to illustrate the qualities that lie at the heart of pluralism.

This year, the Centre worked with the Canada Council Art Bank to update its selections of art. To explore some of these new artworks, we spoke with GCP Secretary General Meredith Preston McGhie, a negotiator, mediator and diplomat whose work has taken her to some of the world’s most troubled regions. 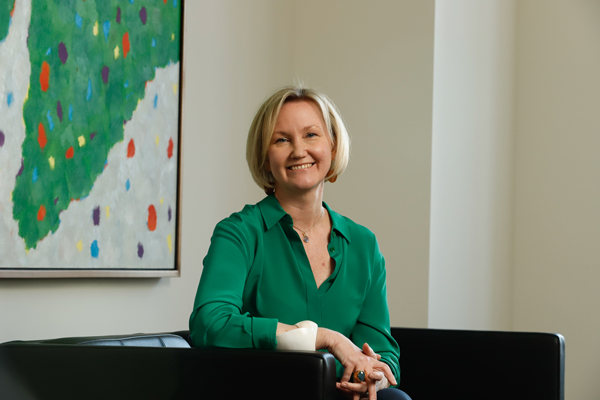 Meredith Preston McGhie in the Global Centre for Pluralism offices

This interview has been condensed.

Q. Can you describe your process in choosing these artworks? What were you looking for?

A.  [W]e want diversity, pluralism and identity to be represented in the totality of experiences in this place called Canada.

The pieces also had to fit with how the building had been refurbished. [The Art Bank staff] were really sensitive to that. They were also really creative in finding a range of Indigenous works that not only represent the diversity of First Nations, Inuit and Métis peoples across Canada, but [are diverse] in artistic expression. 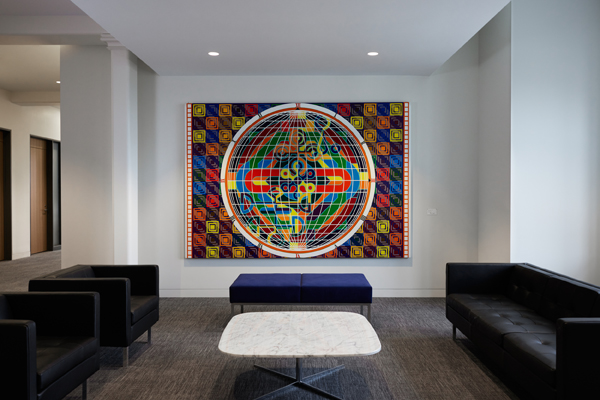 Q. Universal Picture No. 3 by Andrew Lyght anchors your third floor. Why did you choose it?

A. When they brought it in and unveiled it, I actually gasped. It’s so dramatic, it really transforms a space.

I love non-representational works because people can come at them from a lot of different angles. In the Lyght piece, the round centre feels like a globe, like the inner workings of a mechanism that makes me think about how our societies operate. Some people say, “That looks like a sundial to me.” Others see longitude and latitude and think about a sense of place, and where you come from and where you go. 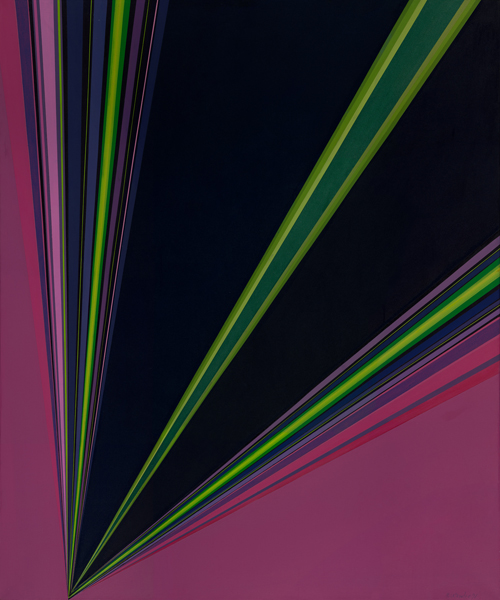 Q. Rita Letendre gained global recognition through association with the Automatistes movement. How does her work Blues II express your mandate?

From a pluralism perspective, not every piece has to represent something difficult that you have to react to. If a work makes you feel something, that helps you connect with humanity and have a better dialogue with whomever you’re speaking to. 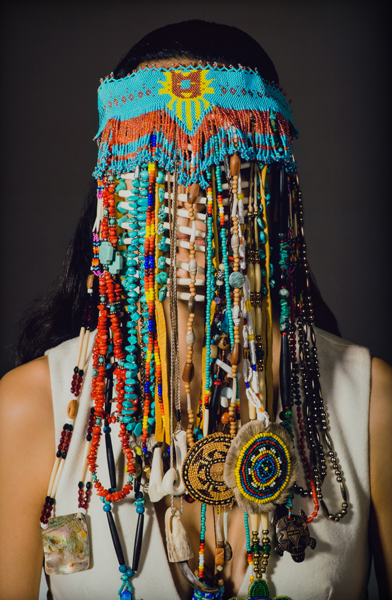 Q. What does Dana Claxton’s Headdress – a lightbox work – bring to the conversation about pluralism?

A. [I]t’s a really modern form of expression. Yet, the subject, with the beading, is also very traditional.

[In a recent talk] Dana Claxton reminded us that wearing regalia was banned under the Indian Act. In fact [it was] seen as so dangerous somehow. It’s a reminder of how much power there is in cultural expression.

I understand that these beads, from Claxton’s personal collection, are from communities across Turtle Island. I love that this also represents the diversity of expression across communities.  Claxton reminds us as well of the importance of regalia to culture, and to reflect on cultural appropriation and identity.  I hope it challenges people to pause and consider when they come into our building.

Q. Why is art important in telling the story of pluralism?

A. I’m a big believer that the space you inhabit for dialogue is also a participant in the dialogue or discussion. Looking at a piece of art […] starts a conversation about perspectives without the harshness that other approaches might have. It’s an oblique way in.

I want people, when they are standing around waiting for a meeting to start, to look at these pieces and wonder what that is and […] why it makes them nervous, or sad, or curious, or uncomfortable. I think those are all positive things and it’s useful for people to locate their emotions around art.

I also just think art is for everyone. It’s beautiful and amazing and fun. It shouldn’t just be in museums and galleries – it should be in offices and schools and everywhere. 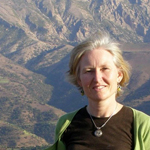 About the Author: Mary O'Neil
Mary O'Neill is an Ottawa-based editor and writer. With a background in educational publishing and strategic communications, she now works extensively with organizations advancing sustainable development and social inclusion.